When I told my patient I was going to Brussels during my Urlaub (Vacation Leave), she asked me why in so outrageous a manner that for a second, I thought she might have a heart attack. Yes, she was overreacting. She said why Brussels when there are more interesting places in Europe that I have to tick off my Places-to-visit list first. She said why when Brussels is so dull and boring and there is nothing good to see.
I ignored her. I didn’t owe her explanation anyway😏.
It was quite simple though. We just booked the cheapest flight we’d get that could accommodate 4 peaple. (Because you know how it goes with Promotional/Discounted flights — the seats are always limited.)
As we set foot in Brussels Airport, the challenge of traveling through a foreign city set in. Actually this was my first time traveling to a place where I don’t have to rely on people who would take care of the itinerary for me. I was so bad at planning that we almost spent 5 hours in the airport looking for a ride to our first stop (it’s just my friend overreacting though, haha.) No for God’s sake, and actually a relieved “thank God”, we didn’t literally spent 5 hours searching.
When we got our Tickets (we bought a train ticket to main Brussels and a Mobib ticket for each one which gives you access to all of the public transportation in Brussels until midnight of the same day), we headed straight for this Atomium thing. 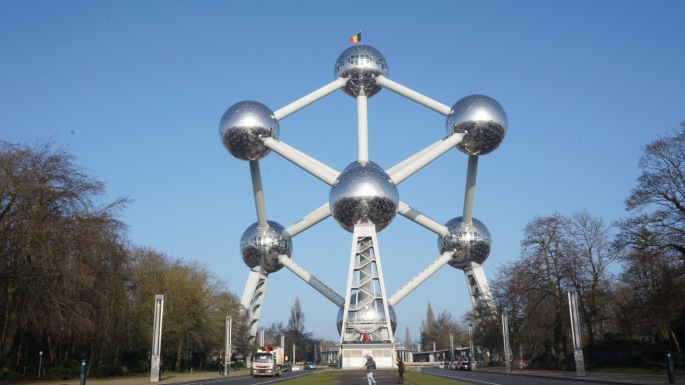 Yes, atom magnified 165 billion times. This is nowadays a museum. But we did not went inside as we are only spending more or less ten hours in Brussels. We had to move forward.

The next stop was supposed to be Mini-Europe, where one could see all the most beautiful sights Europe boasts about, in miniature but life-sized. Sadly, we were not informed, or rather we did not researched then got ourselves informed, that the place, the entire BruPark actually, is closed for renovation until March 2017. Thanks to this old guy who happily told us the news before we were charged of trespassing 😅.
We were disappointed, because we were altogether hungry, we hoped we could grab some enormous Belgian Waffle at the park. So we proceeded to Grand Place with grumbling stomachs.

Thanks to the maaaany restaurants and food stops and chocolatiers and cafés near the area, we finally satisfied ourselves.

I went on my task of saving memories and taking in that what my patient told was actually not true. Maybe she has never been to Brussels. Or maybe she had been, but during those dull grim years of Europe.
For a soul who has a love for anything sweet and tasty, Brussels is the place to be. The home of some of the best chocolatiers in the world, a sweettooth finds heaven here. Truffles, waffles, e’clairs, pralinen, are sold everywhere. One will never get disappointed. Maybe only disappointed with not having the chance to taste and bring home all of them. 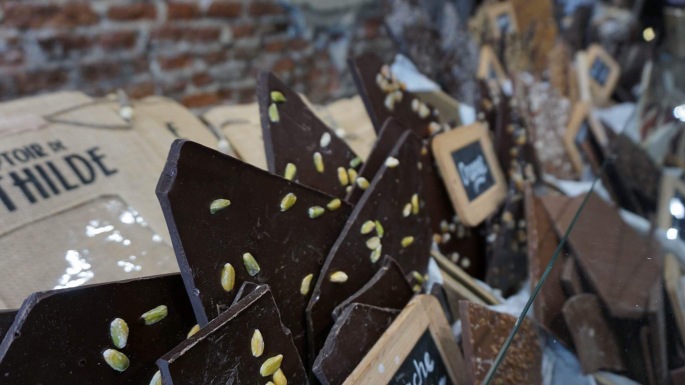 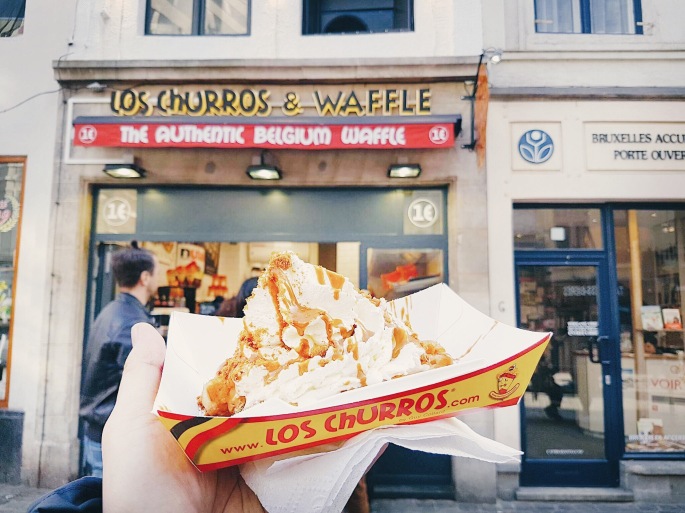 So, going further with our walk, we passed by the statue of Everard t’Serclaes, a hero in Brussels. It is believed that touching the statue brings luck and grants one’s wishes. 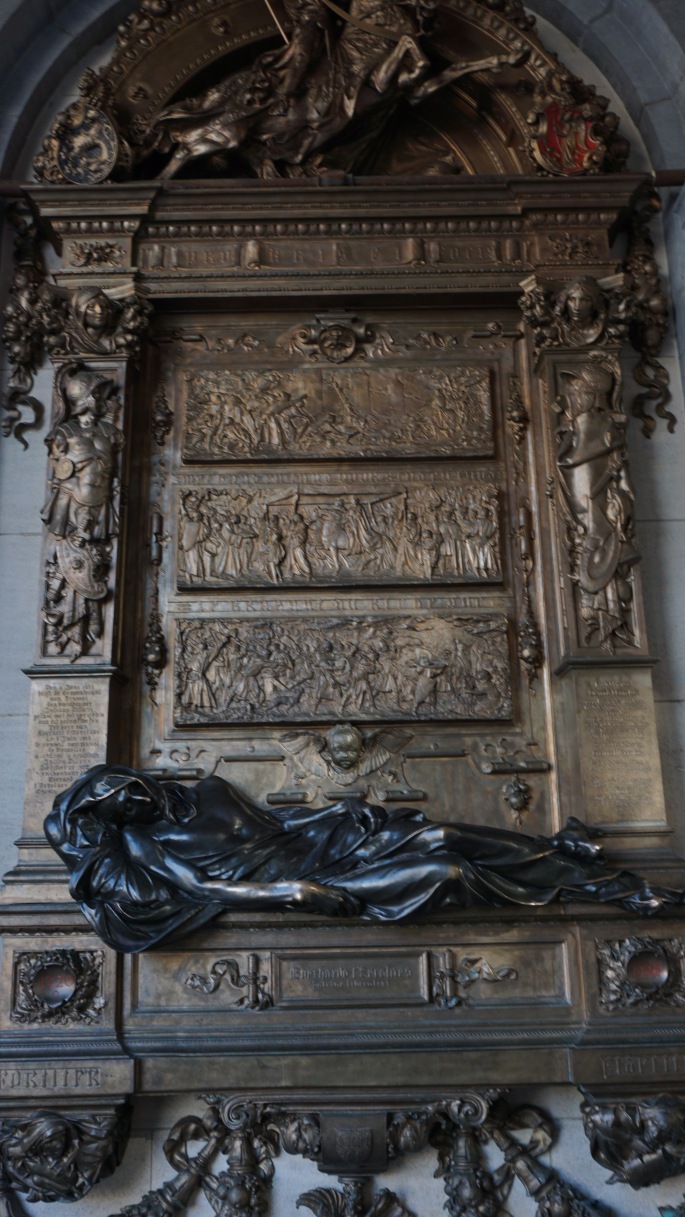 We took our chance of luck too.
I’ll make this fast as I am writing this inside a bus in the middle of the night, exhausted, yet excited going to our next adventure.
We took our back pains in the back of our minds(or so I thought because mine was so severe I had to take a medication), and went to the Royal Palace of Brussels, the Mont des Arts and the Cathedral of St. Michael and St. Gudula, where we offered our prayers and thanksgiving to the Lord who is all good and generous. 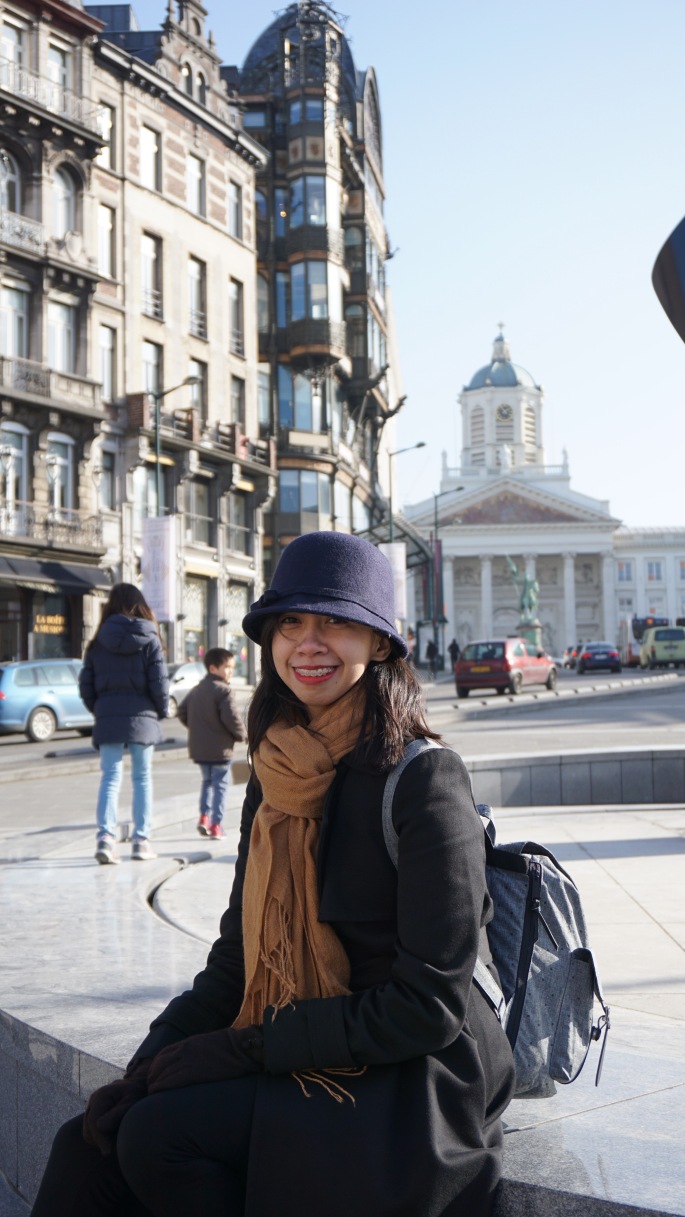 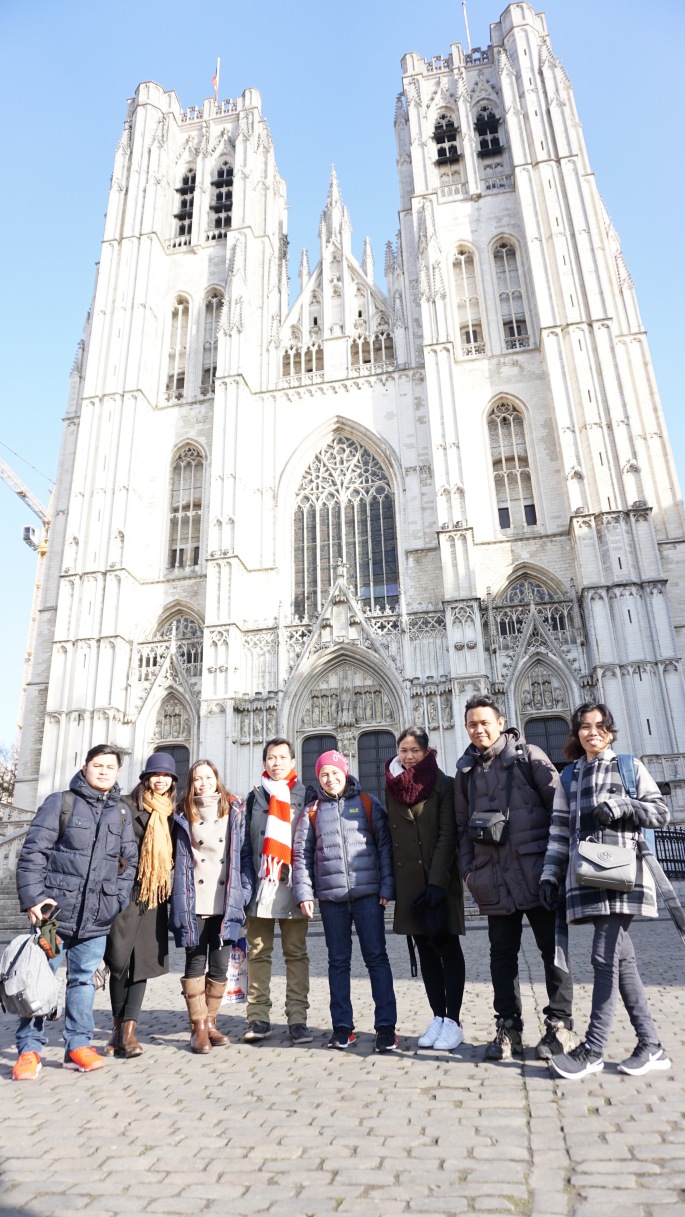 One place already ticked off the list. Our trip was but fleeting but who knows, rubbing the arm of Everard t’Serclaes would actually work. Then I would try and prove once again, that what my patient said was only true 50 years ago. 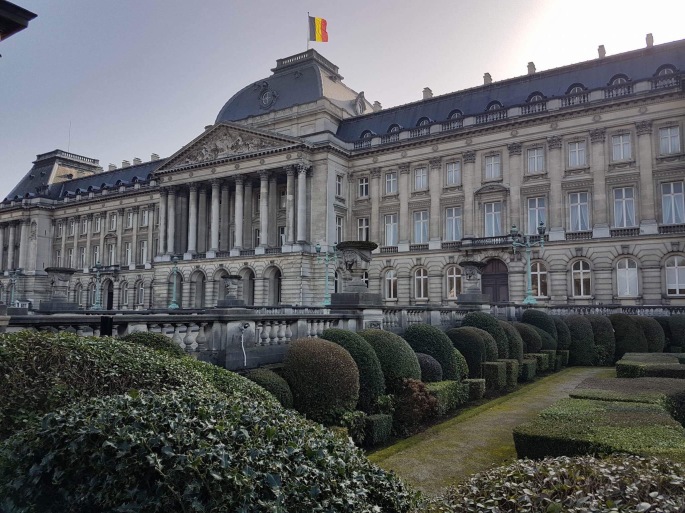 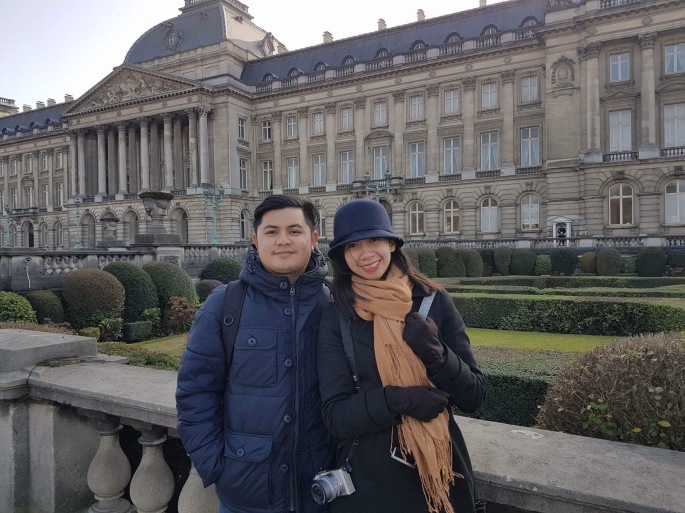 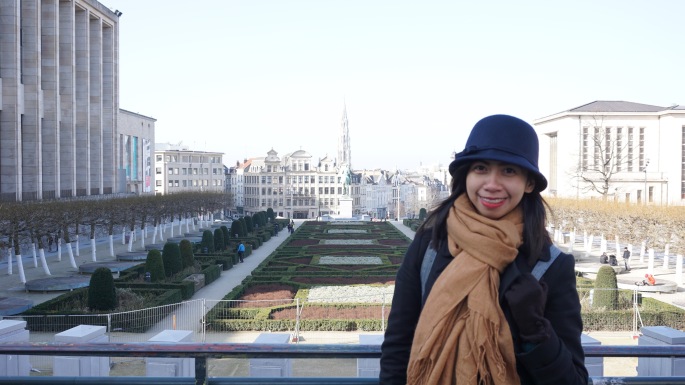